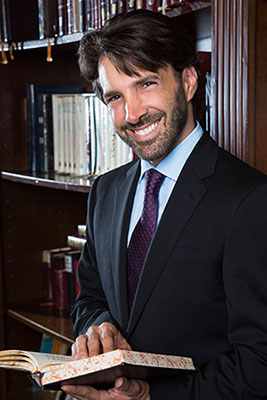 What you think you understand about the science of God and how it manifests in the realm of the natural sciences as well as human behavior is incomplete until you have the chance to learn from Rabbi Brandon Gaines. He is a skilled communicator; all that he asks of you is a small commitment: an open mind.

A committed spiritual educator, Rabbi Gaines uses his vast martial arts skills and expertise in Chinese medicine and the natural sciences to weave ancient knowledge with the most modern scientific thought, showing the two are One.

An old soul, a messenger of knowledge, Rabbi Gaines defies every stereotype, having lived a diverse and multi-faceted life which allows him to engage with any person at any stage on any subject. In an hour’s conversation with him, you’ll find yourself learning about the teachings of the Rambam (Maimonides), understanding Einstein’s theories in a manner you’ve never before entertained, while also discussing ‘Enter the Dragon’ and Maroon Five.

His charisma isn’t just refreshing, it’s how he easily engages a wider audience in the things they find alienating, and bring them home. Rabbi Gaines is teaching ancient, often misunderstood ideas which have to compete with a whole host of modern-day distractions vying for our attention.

Born in LA in 1975, Rabbi Brandon Gaines grew up in a culturally, yet not religiously, Jewish “rock’n’roll” household. Early heroes were Bruce Lee, Sho Kosugi and Chuck Norris, when martial arts was at the height of its popularity. He was built small, incapable of excelling at other sports like soccer and football, and was six when he attended his first karate lesson. “Martial arts fit me like a hand in a glove,” he recalls. Until the age of 20, he competed every weekend, won over 500 trophies and became a Black Belt in several forms of the art. This was his foundation of: Mind Over Matter. He was teaching and inspiring others by the age of 10, when he earned his first black belt. Today Rabbi Gaines holds several black belts and mastery level titles: 3rd degree black belt in Korean-American Tang Soo Do, 2nd degree black belt in Ninjutsu, and mastery of 19 years in Kung Fu Northern Shaolin Long Fist. His passion wasn’t in fighting but in mastering himself, discovering his internal path and manifesting that in his outside life.

Verbally and theatrically gifted, Rabbi Gaines’ Martial arts led to acting. He secured a big LA agent and scored a lead role in ‘Superfights,’ directed by Siu-Hug Leung, a martial arts movie legend responsible for the Jackie Chan films. Despite his success, however, a paradigm shift had occurred compelling Rabbi Gaines to search for the right vehicle for this rigorous self-discipline and interest in wisdom. At age 16, he began questioning his Judaism, a fundamental aspect of his identity. While many of his contemporaries walked away, Rabbi Gaines couldn’t. “I felt like I was someone walking onto the battlefield with insufficient armor.” His opponent was new; he was engaged in a conflict of ideas.

The quest to discover his spiritual identity lead to countless of hours, days, and years of learning with a long list of esteemed rabbinical leaders, and intensive study, sometimes for 19 hours per day. Rabbi Gaines, still not a rabbi at that time, understood that he needed to “walk the walk” if he was serious about his Judaism. Rabbi Gaines completed a three-year structured Orthodox rabbinical program, based in Jerusalem, that is approved by 9 different houses of Orthodoxy, and after a 17-hour test he was ordained. Rabbi Gaines credited his wife for supporting him through the process. After the first 9 hours of the exam, taken in New York, he called her, indicating his surprise at the intensity of the exam. His wife answered: “There is no great wisdom without application. Get back in there and finish the job!” 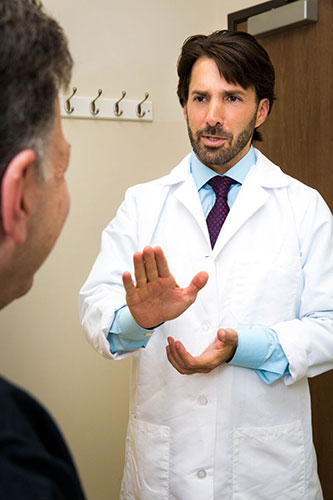 In tandem to his Jewish studies, he had naturally transitioned from his love of practicing the martial arts to a deep interest in Chinese medicine. He attended Samra University and by the age of 27 had become a qualified Chinese Medical practitioner. Together with the Kabbalah and Torah teachings, he understood that he had found something unique, something that challenged the erroneous claim that science and theology are sworn enemies. “I realized the path to true knowledge was the merger between my rational scientific mind and that existential part of me that knows of God’s existence that could meet in the middle. Combining martial arts, Chinese medicine, Kabbalah and Torah together allows me to speak to everybody: the scientists, the secularists and those exploring their spirituality.”

Rabbi Brandon Gaines contends that many of the great theologians of the past were also great scientists, and vice versa. Intellectuals such as Newton, Einstein and Gregor all spoke freely about their belief in God. Gaines believes in the unification of Torah and science as an inevitability and attributes this to something endemic to the human race since time began: our constant collective search for validation in our existence. The more we delve scientifically into the human experience the more we convince ourselves of a grand designer. How else can we explain the inherent connection of everything in the most intricate and sophisticated way?

Gaines believes that those who don’t accept the compatibility between religion and science are either ill-equipped in their science knowledge base or uneducated in Torah learning. He knew he had to be expert in both fields to speak to the secular world and views his role as a unified expression of scientist and existentialist, allowing him to teach the world about the existence of all three in tandem via his forthcoming book ‘Five Keys To A Spiritual Life’. “The honesty is that they [the doubters] are not equipped enough to debate me. I have 24 years of Torah study, and counting; have they studied anything? They’re using old debates. I can’t tell you how many times I’ve heard the age of the universe debate, every version you can imagine, 6 days versus millions of years. I change the paradigm to say: Torah is always ahead, science is always catching up. They switched it around to say that science makes all the headway and religion is always modifying itself to fit. Once they see all that background in Torah they start to realize I’m not out to get the atheist. It’s me saying to the atheist, ‘You don’t know enough to be an atheist. Let’s be honest, is your position more emotional or cognitive?’ What I want to teach the world is that the two can integrate in the most harmonious way. We need to have a dialogue that begins with admitting that many theologians don’t know enough about science, and most scientists never really took on sophisticated religion, ideas that would blow your mind away because they just dismissed it all. There is a disingenuousness on both sides. Torah is not about converting people. The ultimate endeavor is to reveal the soul to mankind.”

The curious minds whom have come to hear him lecture have spanned from housewives to new scientific leaders to creative artists. “Each one of us is searching in all kinds of ways,” he says. “The spectrum of people who hear me speak is a testament to just how broad the spectrum is. My vision is to mobilize my message to a giant world audience so that in 30 years there will no longer be a fear by people to step into a serious spiritual system. I want everyone, regardless of background, to come together and work towards that common goal, allowing themselves to delve deeper, not have this automatically dismissive posture about the other side. I want people to realize that if they walk into a temple, just because the guy has a long beard and a black hat on doesn’t make him inaccessible and doesn’t make you less important because you don’t. Every individual is part of this machine.” 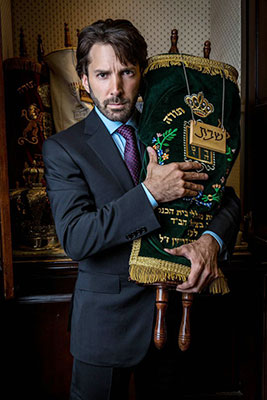 The key to Rabbi Gaines’s success is a brilliant mind that has mastered a comprehensive volume of Biblical and Kabbalistic texts. He’s equipped to deal with any question you may have and he can communicate it all with a sense of understanding and humor. As a husband and father of three, he also empathizes with the value of people’s time. He leans on logic and skill to render him impervious. His genius is unparalleled, with over 24 years of studying making him the most equipped to convince the world why Torah is more relevant now than ever. When it comes to challenging your mind, Rabbi Brandon Gaines has a Black Belt in common sense.

“I know you are searching for G-D, but did you know that G-D is also searching for you? G-D is searching for your involvement, a holistic participation that encompasses your mind, heart, soul, and body. Hence it is not enough to merely believe in the Divine; a path of spiritual cultivation must be established. Kabbalah was revealed specifically for that purpose, and through its teachings, we may yet ascend to achieve our ultimate perfection as a Temple of G-D on Earth. If you are ready to expand your consciousness in ways that will forever alter your perception of life, purpose, and, G-D’s plan, then I am here to guide and assist you toward reaching your highest spiritual expression.” Rabbi Gaines

Drawing upon both his secular background and deeply spiritual education, Rabbi Gaines has created the DA’Ati experience for all people to truly achieve their spiritual journey.